MY BRAIN IS ON HIATUS

Actually I feel it has been there for awhile.   In a few short weeks I will be retired…… I think working forty years in Nursing is long enough.

Actually, when I graduated from High School not many woman went to school…I suppose most of them had the idea of marrying and raising a family.   Those were the years when all a woman could aspire to be  was teacher, nurse, secretary or hair dresser.  Today we still see a lot of woman who get divorced and have no way to support themselves and I wonder “Girl, what were you thinking, did you think it would last forever?”

I know today that is unbelievable to the younger women,  it was unbelievable to me too.   I suppose I could have had aspirations to be a physician but at that time if there was a medical school with 100 slots women would be allotted two.    I remember an anesthesiologist told me when she went for her interview for med school the man doing the interview he would only take two.  She said “If you take me you only have to worry about one.”     Pretty good answer too, guess he considered it to be good too because she got accepted.

My father had insisted that his three daughters go to school and have “something to fall back on.”   His father had died when he was about three and his mother had to struggle to raise him and his brother.

But he and I did not agree on one thing.   He thought that men should be paid more than women.   Why, I asked while getting angry inside.   “Because they have a family to support.”   said my father.     “What if the husband dies and the woman has to support the family, is it fair then?” asked Claudia.     I never did get an answer to that question of mine.    Another thing I have never seen any woman get a discount at the grocery store because she made less…

I am glad times have changed because now over half the slots in Medical School go to women.   I think times have changed for the best in advanced education.  We see woman working in many fields that would have been closed to them thirty five years ago.

GETTING BACK TO READING MY COMMENTS

I have been remiss in reading comments on my blog and I am honored to be awarded with several nominations for awards.   But, in all honesty, I am not able to comply with the requirements at this time.

Work and family obligations prevent me at this time.   I also have not been able to make a list and send for things relevant to working on genealogy.    I hope in a few months I can send for things that I need to put on a list.  At least I hope to get the list accomplished.
Posted by Claudia at 10:06 AM 2 comments:

I decided I should post something, even after I worked all day, so the spirits of my Irish side would not come back to haunt me.

Three fourths of my line are difficult to follow.   They are just a mystery to me.   I have been trying to figure out if they were in England and not Ireland.

I did find a family of Patrick Mortel with wife and four children living in England in the 1851 census.   It had listed an Ellen Mortel as a child who was born in 1851.  That family would fit in with the names of two people and time frame for the birth of my great grandmother.   I have to go back and reevaluate and see if there are any church records for the town they are living in at the time.

I still have yet to find any meaningful records on Patrick O’Rourke and his parents Denis and Mary ??? O’Rourke.   The death certificate of Patrick and Patrick’s sister Mary Rogan have listed Limerick Ireland.   So I am still looking…..

I called the above courthouse today and got some information about their records.    I am writing it here in case I lose the info.

Marriage records begin in 1885, so if Olive Bowser and Robert Stephens got married in Armstrong County in 1891 (1900 census) they should be there.  I have checked the marriage for Allegheny County, Westmoreland County, states of Ohio and West Virginia and no record was found in those collections.

Birth records begin in 1893 and go to 1905 and from then on you need to get the records from New Castle PA.  That process can be an ordeal, I had written about how my husband I had driven to New Castle last summer only to find they do not have a service to satisfy my instant gratification with a walk in.  But, it only took about 10 days and I had my information.  I have read that some people wait months for their birth and death records.

Wills are at the Courthouse from 1805.   I found two possible Jacob Bowser men who had died after the time of Olives birth (1874) so I can search those records.

My cousin Helen was going to NARA in DC and volunteered to look up Robert Stephens.   I obtained his Military Record from Footnote and he applied in 1879.

According to the 1900 census they had been married in 1891 and it was the second marriage for Robert and the first for Olive.   Robert was twenty five years older than Olive.

Olive died in Salem Ohio 24 December 1923 and is buried in Grandview Cemetery.    Robert is buried in Union Dale Cemetery in the GAR plot in Pittsburgh PA. 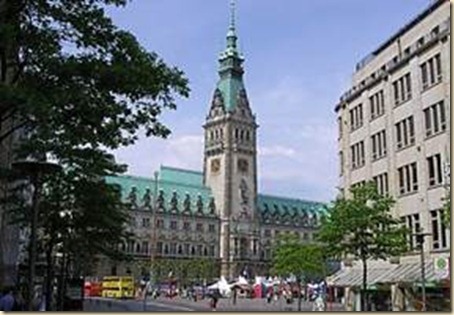 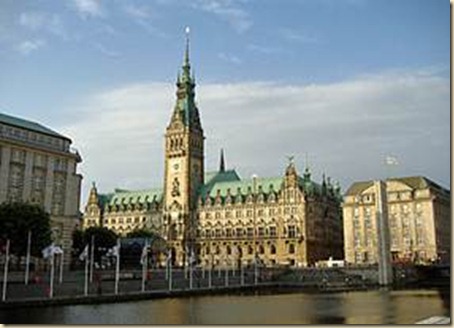 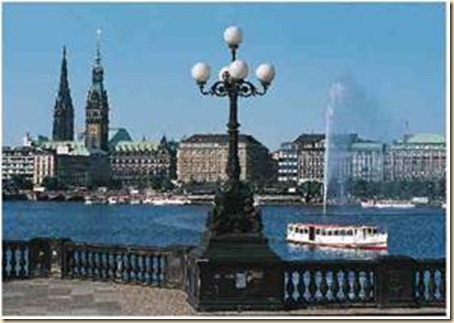 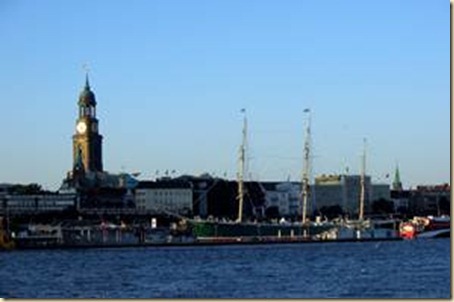 My cousin Angelika has taken these photos of the places in Helmut Clausens water color paintings.   This is how the same landmarks look today.

Posted by Claudia at 9:56 AM No comments:

This picture was in the collection of my grandmother, Anna Bartels.   I wish I knew who they were and why the picture was taken.

LAST WORLD WAR ONE VETERANS   A few days ago I posted about an article that the last American World War One veteran had died.     I had mentioned that I wondered how many were still alive.

I suppose someone else out there was a curious as me.   The article was written by Rohan Sullivan of the Canadian Press.

The answer is two, one man "Chuckles" Choules living in Australia and a woman,  Florence Green, of the UK

My curiosity has been satisfied.

Posted by Claudia at 8:39 AM No comments:

After reading about this topic and not recalling any really fearless females, an inspiration came to me and I will write about my mother.   When I was   born  my grandmother (Gertrude O'Rourke) wanted her to name me Gertrude.   My mother did not like the name and called me Claudia.    No offense to any one named Gertrude out there, but I do not like the name either.

I suppose my mother did incur the wrath of my grandmother but I never heard of it.  Where did my mother get the name Claudia?   She just liked the name.   My mother said she named the girls and my father named the boys.   My grandmother did not like my mother because she was not Irish nor Catholic.  Has anyone else come across this that families did not like their children choice of partners because they were not of the same ethnic group?

My daughter Emily was not named for anyone either.   But I did find one of my grandfather Willi's sisters was named Emilie.
Posted by Claudia at 5:09 PM No comments:

Since my last post on World War I vets I came across another news article on them.

Sydney---One of the last two surviving Veterans of World Was I is celebrating his 110th birthday.

Charles Choules, who sneaked into the British navy in 1915 at age 14 and served there for 41years, will be the center of a party for family, friends, and military representatives today in his adopted town of Perth.

Daughter Ann Pow said Choules-----known by his nickname of "Chuckles"---is healthy and happy in the nursing home where he has lived for the past 10 years, though he can no longer see or hear very well.

That answered my question of a few days ago.   Where is the other WWI vet?   My theory is probably in the UK, since, the US, Canada, Australia, Germany and France have been eliminated.

Another thought is how old is his daughter Ann Pow?
Posted by Claudia at 4:50 PM No comments: