I initially searched the marriage license application for Allegheny County Pennsylvania for the years 1915-1916,    Nothing was there, so the next place was the Archives of the Diocese of Pittsburgh, still nothing but in the year 1916 but the records were incomplete for St. Thomas RC Church in Braddock PA

My search led me to West Virginia and Ohio for possibly an elopement, none found.   Where in the world had they gotten married?  Nora was born in North Braddock Pennsylvania and Thomas was born in Ireland so I had surmised that they got married in the United States.

Much to my recent surprise a shaking leaf appears on Nora's name on my Ancestry Family Tree.  On 13 January 1916, in Lackawanna NY and the spouse was Thomas J O'Donnell 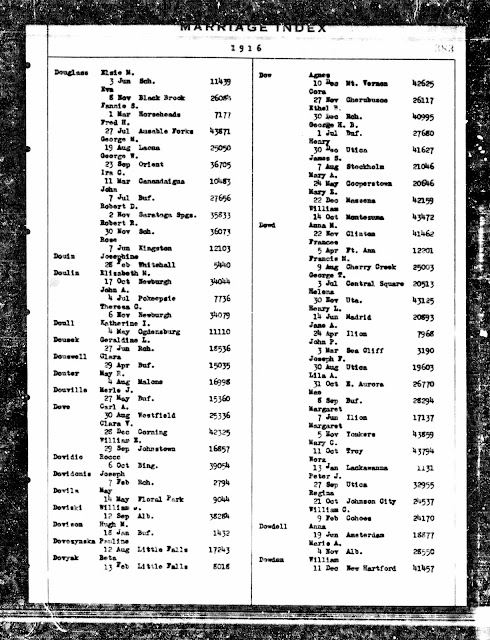 The next her husband, 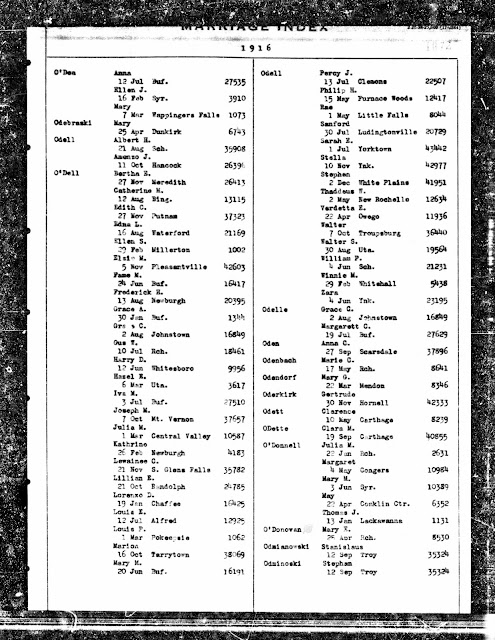 There was no other information about this marriage that I had found so far.  I need to find more records.   At the time I was wondering if this was my couple and what were the chances they got married in New York.  Initially I didn't think this would be my Aunt and Uncle.   I have yet to find where the application is kept and what information it contains.

I remembered that I had found Nora Dowd's  Aunt Margaret in the 1915 New York Census and they were living Lackawanna NY.   Now my theory is that Nora and Thomas went to visit her Aunt Margaret and got married there.   I have to search NY records and see if the marriage records are available from the nearest Catholic Church.

Hopefully the mystery will be solved.  It looks like the marriage date was 13 January 1915 and the birth of their first child was ten months later.