Today I got an email from Ancestry that they had found some potential matches from my grandfather, Willi Schridde.  My thought was what could they possibly have found?

Usually it is someone who is not a match or they found a tree match, which is really one of my other trees. I had called them one day and asked if there was anyway I could merge the four trees and they told me there was not.

Back to Willi........I knew from reading the news story about his death by electrocution as I had written HERE about his being injured in WWI.   The information they sent me was from a book and it had him listed as being a casualty in the war.  Since he was German it was published in Germany.    I know it was him because his birthday was correct, and much to my surprise he was injured twice once in 1914 and once in 1917.  Now I wonder if there are other records to describe his injuries, from the article about his death I think they were serious.

Now, on my to do list is to look at the towns that were listed and see if I can find records about his family.   He was born in Quickborn, but his "parents left soon after his birth"  This leads me to believe that perhaps she went into labor while on a visit to some relatives.

More to be discovered.  I am glad I took the class about how to read Franktur....which is that "Gothic" style of German writing.
Posted by Claudia at 7:14 PM No comments:

I HAVE DONE A RAOGK


It was not really random, no was it something that any of us would  have done.

During the summer I met my husband at an auction.   He had purchased a small chest of drawers and needed my car to transport it.   When we went to get the chest we found a box with a few other things that the auctioneer had thrown in as well.

One of the items was a box of family photos and some of them were from the late 1800’s and early 1900.   So doing what every other genealogist would do I searched and turned them over to see if they were labeled.   A few were and I scanned them  and started a blog FOUND AT AN AUCTION.


With the name on the back of one post card, Henry and Calisa Steinke I was able to find a tree and the same old photo on the site.   The photo was a copy of a newspaper and not too clear, but I could see it was the same photo.   I found the pictures in Western Pennsylvania and the recipient lives in Ohio.  It was probably on the western migration of the family.

After a few email to the tree owner I have sent the photo on their way.  They were excited to get them, as I and all of you would be.   His mother in law was able to find many family members and was really happy to get one of the original pictures of Henry and Calisa.  He said he will let me know how the story develops.  I can’t wait to hear……..

My hope is someday one of my cousins that I have not met will find me and send me pictures of my great grandparents Thomas Dowd and Bridget Naughton and their children.  There is always hope for that one.
Posted by Claudia at 4:37 PM 4 comments:

Hyperinflation circa 1923 following WWI.    My grandmother said that the men got paid twice a day and at noon would bring home the money so the wives could buy something tangible because by the end of the day the cost of goods would be higher.   The family emigrated in 1926 to Pennsylvania.

RESEARCH TODAY AND MY FINDS.

Today I was able to do a bit of research on my husbands 3x great grandparents, Anton and Barbara Miller.  What I found was in the Baptism records of St, Mary's German Catholic Church in Allegheny City PA.

I was looking for a marriage record and Baptism of a daughter Susanna Miller.   I did not find their marriage, or Baptism of daughter Susanna.   What I did find was located in the Baptism information for their daughter Adelaide Miller.   What it listed as Barbara's maiden name (Bosshard/Boshart) and the two cities of Anton (Koblenz, Switzerland) and Barbara (Turbenthal, Switzerland)

Now with the new discoveries my questions are were they married in Switzerland and was Susanna born in Switzerland.   Susanna is not in the 1860 census, did she die?   I have to check the death registers to see what I can find.

It was a good day in the discover of ancestors.   A note of interest was that the name was recorded as Mueller for the birth of all the children, the last being Bertha in 1866.   The death recorded for Barbara has her name listed as Miller in 1889.
Posted by Claudia at 7:01 PM No comments: 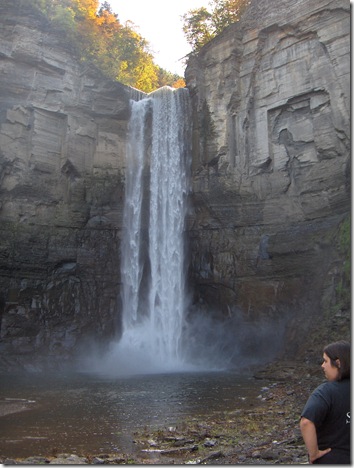 Posted by Claudia at 9:25 AM No comments:

THIS HAS BEEN A VERY BUSY MONTH

And it is nowhere finished.   I have been remiss in posting, that does not mean I have not been busy but rather, busy with the ins and outs of life.

First, my husband had some outpatient orthopedic surgery.  A visit to the daughter was in order.  Tomorrow is a wedding, and two other things planned with in the next month.   I do not know how I found time to work.

What I have been doing in genealogy has been interesting too.  Since I have retired I have been going over the records of my cousin Helen.   She and my husband are first cousins and I am searching for clues and information that pertain to those  lines.

One of the things I found was a death certificate of a  relative that she did not have.   The second was, when I updated one of the four lines I got a shaking leaf on Ancestry.  As the story develops, I found a new cousin, Barbara.   We both were excited because I found someone to share information with.   My husbands 2x great grandmother was a sister of Barbara  2x great grandfather John  Miller.    Cousin Barbara said she had never found someone who was researching the Miller/Muller line before.

Anton Miller/Muller (father of both) was born in Switzerland in 1810.  I have not found the information on the date he emigrated to Allegheny City, Pennsylvania.   The first record I found was the 1850 census with he and his wife Barbara living with a daughter Susanna.  Susanna is six years old at that time and would have been born in 1844, they were living in Allegheny City, Pennsylvania which is now part of the City of Pittsburgh.

In 1860 census the same couple have one daughter, Adelaide who was estimated to be born in 1850.   Susanna is not listed.  What makes my new cousin and I think this is the same family is that the wife is named Barbara and is 14 years younger than Anton in all the census information.

Helen (cousin) had found the two obituaries for both Anton and his wife Barbara.   They were buried with funeral masses from St. Mary's Catholic Church located in Allegheny City PA.  What I need to do is search the records of the Diocese of Pittsburgh.   The first German Catholic Church, in Pittsburgh,  was St. Philomena's.   It was established in 1828.  So my plan is to find the records to see if Anton and Barbara were married here.   With Barbara being fourteen years younger than Anton I see this as a definite possibility.

Then check the records to find Susanna and Adelaide.   I need to see if the first child with a question mark is a sister of Adelaide and child of Anton and Barbara Miller (Muller)  I have seen the last name written both ways.

Cousin Barbara is descendant of Adelaide’s brother John.  Cousin Helen had no information on John because John Miller is such a common name.  So we were able to share information and obtained information on a brother.

We have all been excited about what we now know and I hope to be able to fill in the pieces.

Posted by Claudia at 7:35 PM No comments: