Thoughts On My Father. 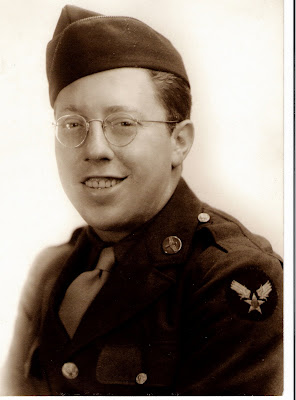 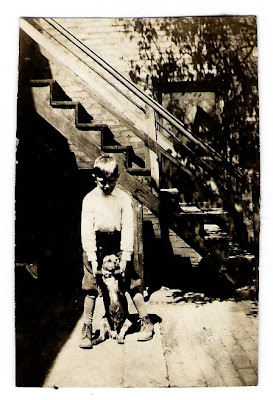 This is a picture of my father and his dog. I do not know what the dogs name was. Thomas said that he had an Irish Terrier, but it does not look like one to me, perhaps it was another dog.

My fathers only brother, Richard Regis Dowd died c. 1951. He had arthritis and went to Phoenix AZ for the better weather. He died out there (?????) and his body was shipped back to East Pittsburgh PA. Richard was only in his 30's and when I read the death certificate it said he had emplysemia of one lung. That makes no sense at all, I wonder what the real cause was. Did he take his own life? Was he murdered? His body was found lying in the street. My father had written to the owner of the building where he had lived and Thomas had kept the letters. Nothing makes sense about that death.

Richard had never married and my father was the only other sibling, and my mother had no brothers and sisters. I never had any cousins. But, in doing this research I found out I have plenty of cousins. They are the children and grandchildren of my Grandparents other children. I honestly think my father had some "social anxiety disorder" I do not know if that is in the DSM 4, which is the book about mental health disorders. He never wanted to visit anyone, including his own children. I think he had depression, anxiety and anger management. issues. Today a person with those problems would go for counseling, but as with others of his generation it was not done at all.

How does a person become friends with distant cousins? Can this be done or do they see you as an interloper and a stranger? I would like to perhaps meet them and share stories and pictures with them. How do other people searching and finding long lost or unknown relatives deal with this issue?