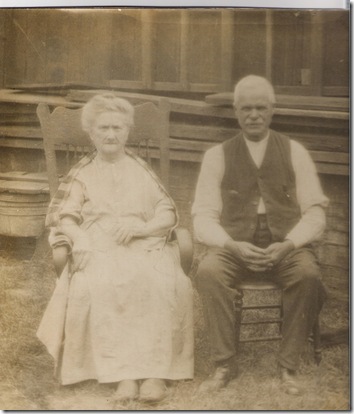 No family drives me more crazy that my paternal grandmother (Gertrude O’Rourke Dowd Graham)  parents, Patrick O’Rourke and Ellen Mortel (Martel/Martin??)    I was re-reviewing my fathers papers and came across the Delayed Birth Certificate for William and Gertrude O’Rourke.

My theory is that they applied for them in order to get enlisted for that new thing Social Security.   On my Uncle Bills papers he had listed his birthday as May 1888, which coincided with the Record of Baptism of ST. Thomas RC Church in Braddock PA.  The interesting thing that caught my attention was the notation that there were nine children living in the household, including William.

My grandmother, Gertrude O’Rourke,  also applied and listed her birthday as October 5, 1892 which also is what the records of St. Thomas RC Church had listed.    The interesting thing to me is that in the four years between 1888 and 1892 are that the number of children now living, including Gertrude is six.  Which leaves me missing three children as of 1892.

Who is missing?   One I know of is Dennis O’Rourke, who my grandmother spoke of and said that he had died in the river (Monongahela River)   He had gone to swim and drowned.   I have his picture, courtesy of my cousin Joanne.   My grandmother spoke of her sister Loretta who also died “Because someone scared her at the window and she died.”  I did find a listing for Loretta in the Allegheny County death as of 1892.   The report said she is buried in Braddock Catholic Cemetery.

Who is the third child?  I check my fathers notes on the O’Rourke Family and he had listed a child Rebecca, who is Rebecca?   I know nothing about her.

My only clue is the fact that Patrick purchased his cemetery lot in August, 1891.   Is this the time Dennis drowned?   I can not imagine anyone buying a lot unless it was needed.     The records from that time period are missing from the cemetery records.   Where does Rebecca fit in to this equation?   My theory is that Dennis had been the first to died because August was the time to go swimming.   So Rebecca died between 1891 and 1892, and Loretta died in 1892.

I have to go back to the cemetery and see if there is a listing of who’s who in the plots and search the Baptism records of St. Thomas.    The death records do not start until the 1940’s so that is out.   The records of death in Allegheny County Start in 1892 so Dennis and Rebecca would have died between 1888 and 1892.

How sad was it to lose three children within four years….