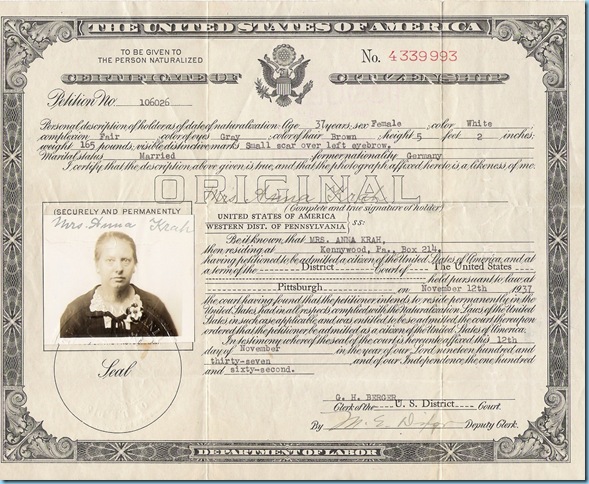 The interesting thing to me about my grandmothers Citizenship Paper is that she applied for her citizenship after my grandfather had died.   She seems to have remarried in the same year, was this a marriage of conveyance?    Was she subject to deportation with my mother after Willi’s death?

I do remember her second husband, William Krah,  was he a friend of the family or did he work with my grandfather?   Anna was thirty seven at the time, she appears to be much older.

I also had never seen this records before my father died in 2004.    Did he think that no one would be interested in this document.   Anna died in 1969, from leukemia and her husband William Krah died a few years later from heart disease and prostate cancer.   They never had children and my parents took care of him until he was to weak and sick and was admitted to a Nursing Home for a few months before his death.