I have been going thru the papers recently found in my father in laws metal strong box. He had a lot (90%) of receipts dealing with health insurance and regular insurance. That really does not have any significance, at least not at this time as far as I can determine.

However, it did have about four deeds and one was from the thirty's. On the dead it listed the distribution of land that was owned by Anton Sperl and Katharina Rauscher Sperl Nosseck. It also have the funeral expense listing for Katharina, her funeral cost about $350 in 1947.

Charles died in 1918, in a Railway accident, and Barbara died in 1926. I do not know what caused her death. I guess it is time to send for the record. Another sibling mention in the deed was their brother Joseph who died in 1920, This must had been unexpected, I found him the the 1920 census and he was employed and I found his WWI selective service record and no mention of being differed. The strange part is that they were all in their twenties when they died.

Sending for the records can be done now since I have the time of death. 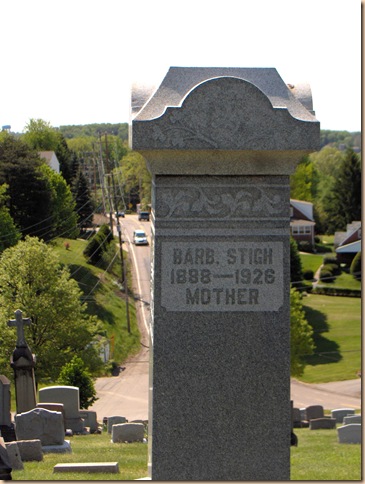 Today I am going to scan what I found and send it to my cousin Julie who is also researching this family.